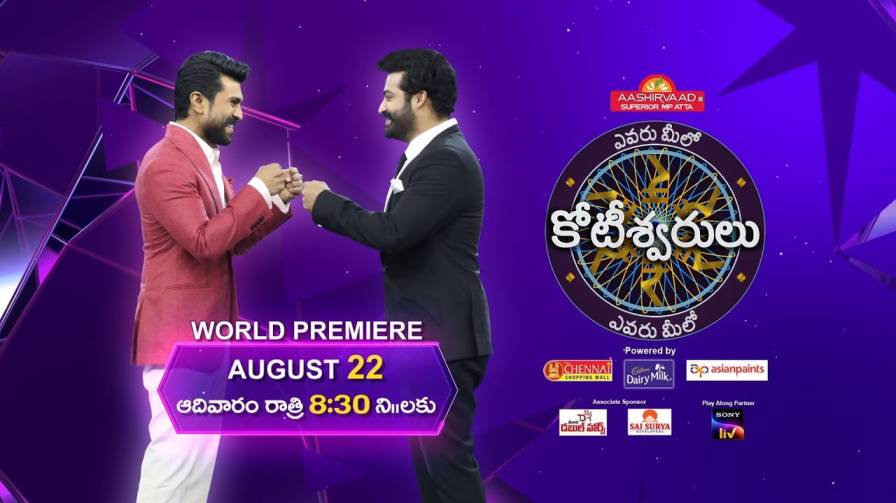 It confirms that the first celebrity guest for evaru meelo koteeswarulu first episode is non-other than RAM CHARAM who is acting in the main role in the RRR movie. We all know that Jr NTR & Ram Charan acting in Rajamouli’s dual star movie RRR.

The Gemini TV now officially released the latest promo with two amazing hero’s jr NTR & Ram charan. As we already know jr NTR is the host for this show and ram charan is coming as a guest player to promote the show.

It’s really a great curten opening for this show, most of the people are waiting to see both star hero’s on television screens. We all already know the first episode is going to world premiere on August 22nd at 8:30 PM.