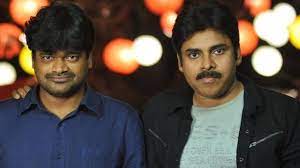 It is a known fact that Pawan Kalyan will be doing a film in the direction of Harish Shankar. The film was launched a few months back and is a social drama.

Harish was working on the script for the last year and now the update is that the script is ready. Pawan has already given a green signal and Harish has started casting for the film.

The film will showcase Pawan Kalyan as a cop in the flashback as per the news. Harish always showcases Pawan in a superb manner and we need to see what he will do with this film.