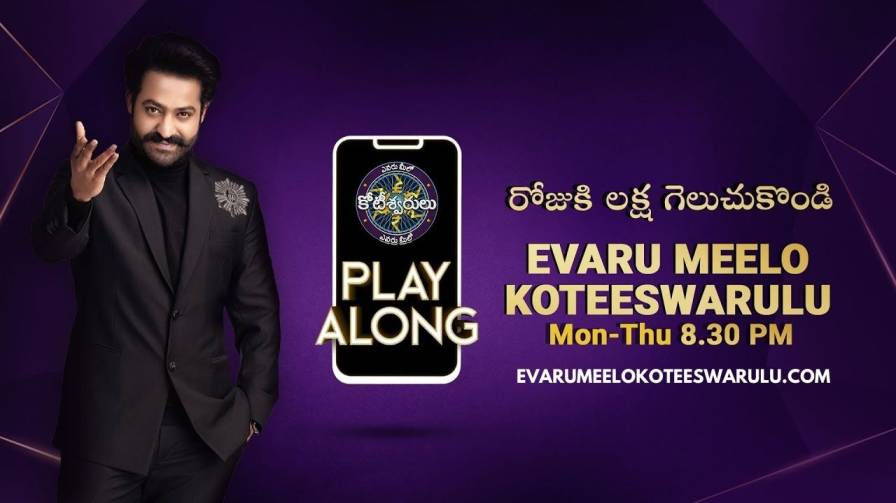 We all know that Evaru Meelo Koteeswarulu (EMK) has been started and getting a very good response for the show. Many people are registered to get a chance to play this game, but the team has shortlisted the top performers in the auditions. But still, many people want to play EMK to win the prize money.

But don’t worry guys Evaru Meelo Koteesswarulu is now partnered with the Sony liv app to help the audience to play the game through their mobile phones. Because everyone whats to play the game and win some amount but practically it is impossible to call all the participates to the show. So that’s the reason team EMK is partnered with Sony Liv to provide the play-along to all.

To play Evaru Meelo Koteeswarudu play along you need a sony liv app, you can easily get it from the google play store. Once you have installed this app you need to sign in with your mobile number, name, and date of birth. Once you have login into the app you will see the Evaru Meelo Koteeswarulu Playalong banner with the play now button click on that.

Now it will take you to the Meelo Evaru Koteeswarudu page, on that page you will get multiple options like play along, offline quiz, My Earnings, Prizes to be won, and Leaderboard.

How to Play EMK Play Along

The play-along option will only work when the show is telecasting on television(Mon-Thru 8:30-9:30 PM). It won’t work if you open in other than specified timings, it simply shows you a black screen if you do so. If you open it when the show is running it will display you the same question and options which are displaying on the TV. The same timing rules are also applicable for the play-along, you need to answer the question through your mobile before the time limit.

Prizes to be won

If you answer correctly you will get 200 points for each question, if you answer all the questions correctly you will get a chance to win 1 lakh rupees. The winner is selected based upon the daily score which does not include the previous score and office quiz score. Another main rule is the winner is not eligible to win the next episode, which means anyone can win only a single time.

There is no special app called evaru meelo koteeswarulu app but they officially partnered with sony liv. So people who are interested to play along can install sony liv and play to win amazing prizes.