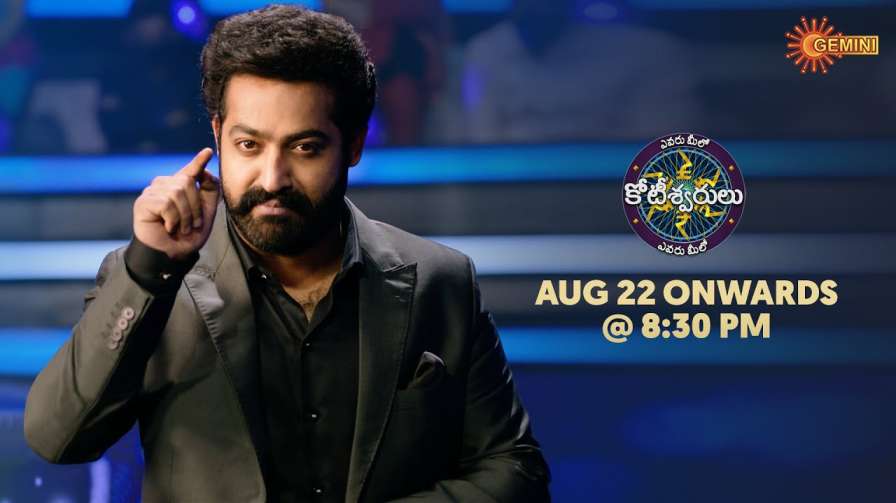 Finally, the waiting is over, Jr NTR evaru meelo koteeswarudu is going to be premier on 22nd august 2021 at 8:30 PM on Gemini TV. In the previous promo, the team clearly said the show is going to be telecast in August.

The latest promo from EMK clearly says the curtain for Evaru Meelo Koteeswarulu will be rais on the 22nd of August, and the show will be telecast from Monday to Thursday at 8:30 PM.

We all know that Jr NTR is already acting on Rajamouli’s RRR movie and after five years of Bigg boss Telugu, he is going to host Evaru Meelo Koteeswarudu. NTR is also attended MEK 2016 as a celebrity guest with Nagarjuna.

The first celebrity guest for episode 1 is ram charan who is the co-actor or main role in RRR movie. This brings a huge fan base for curtain-raiser for the show.