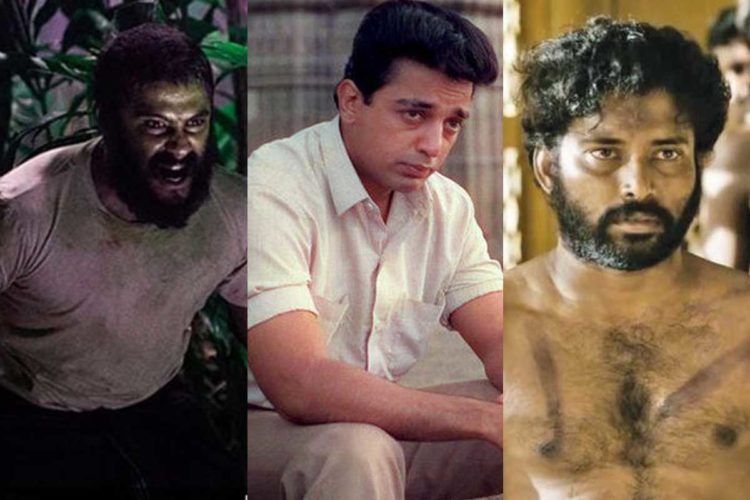 Every year, the Film Federation of India sends its submission to the Academy for the prestigious Best Foreign Language Film Award. These submissions come from the meticulous efforts of the jury in selecting a movie among all the production industries in India. Movies are selected based on their popularity, performance, exemplary storytelling. Selection of a movie becomes extremely important as the representation of the whole country at a prestigious international platform, the Academy. Over the years, quite a few South Indian movies have been picked as India’s submission to the Academy Awards for the Best Foreign Language Film award.

In this list, we discuss some of the South Indian movies that were India’s official entry in the Oscars. These extremely ambitious projects definitely celebrate the richness of South Indian talents.

A submission that elated every Indian netizen, and critics, was the 2020 Malayalam movie Jallikattu. Girish Gangadharan’s cinematography was a treat to watch on screen. The story of survival and desperate attempts to catch the animal, Jallikattu, captures the true nature of humans. The intense cinematic shots, tryst with nature and precise craftsmanship are what keep the viewer on their edge. Although the movie didn’t make it to the final nominations of the Academy, it was nevertheless a great selection.

Vetri Maaran’s Visaranai is a movie that takes a jump into the deep-rooted discrimination between the have and have nots. A story that would make one question the integrity of our society. The 2016 Academy Award submission, focuses on the life of four migrant workers who come to the city in search of work to provide for their families. Their lives are turned upside down when they are forced by the police to confess to a crime they have not committed. It is a heart-wrenching eye-opener showcasing the evils of racism, and marginalisation, that prevail in the social dynamics of our society. Visaranai is streaming on Netflix and is one of the best South Indian movies to have ever been submitted to the Academy Awards.

Abu, Son of Adam is a Malayalam movie that was submitted to the Academy in 2011. The story is based on a simple man, whose profession is to sell perfumes, with a dream of taking his wife on the holy pilgrimage of Mecca. The slow pace of the movie is rewarding towards the climax. The movie has a beauty of its own. It is available for streaming on Amazon Prime Video.

Kamal Hassan’s Hey Ram was an obvious choice of submission to the Oscars in the year 2000. A story of a man who loses his wife in the riots during the partition movement. His immense grief leads him to join a gang to kill Mahatma Gandhi. The movie premiered at various International Film Festivals and became an obvious choice for the Indian Film Federation. Although the movie didn’t make it to the nominations in the Academy, it received three National Awards.

The 1998 submission to the Academy, S Shankar’s Tamil movie Jeans hasn’t aged too much. The romantic drama showcases how a father wants his twin sons to marry only twin daughters. His plans take a turn when Visu, his twin, falls in love with Madhu. What follows is a roundabout of setting a hunch as to convince the father in order to get married. The plot was not new to what the Academy had seen before. And hence, it was no surprise that this South Indian movie was not selected for nomination at the Academy Awards.

The 1997 Malayalam film Guru, made it to the top of the most underrated Indian films. The Malayalam language fantasy drama stars Mohanlal in the lead. The story experimented on the topic of inter religious harmony being disturbed by the political forces. The movie was definitely way ahead of its time. A truth that is still prevalent in modern-day Indian society.

An S Shankar political thriller with an ensemble cast was an instinctual selection for Academy submission. A powerful story with A R Rahman’s music instantly becomes a must-watch. The movie hints at the deep-rooted problem in Indian Government institutions – ‘corruption and its corroding effect’. This movie is available for streaming on Voot and Eros Now platforms. Truly, one of the best South Indian movies to be sent to the Academy Awards.

This critically acclaimed movie has grown well with age. The 1995 Kamal Hassan starrer Tamil movie Kuruthipunal was India’s official submission for the Academy. The story spirals around the difficulties that the police officer faces when made to choose between his line of duty and his family. 2021 marks 25 years of Kuruthipunal. The movie was a remake of another Indian film DrohKaal starring supremely talented artists Om Puri, Nasseruddin Shah, Anu Kapoor and Manoj Bajpayee. Yet another South Indian movie that was deservedly sent to the Academy Awards. Kuruthipunal can be streamed on Voot.

The dense and visually packed Kamal Hassan’s Thevar Magan brought in some great performances. Often compared to the 1972 “The Godfather”, Thevar Magan narrates a story of a man who returns to his motherland with dreams only to find that destiny holds something else for him. He needs to give up his dream in order to serve his village. Naturally, this was one of the best South Indian movies in that year and was sent to the Academy Awards as India’s submission.

Mani Ratnam is known to be a legend and a pioneer of Indian Cinema. Anjali is a classic example of his great work. The highlight being how Mani Ratnam picks up the simple lives of regular people and makes them so strong. The movie evokes emotion as you set through the journey of a friend looking for her mentally ill friend. Mental illness, which is still taboo in our society. The movie is available on YouTube and can be streamed on Zee5 as well.

Nomination submission year: 1987
Language: Tamil
Director: Mani Ratnam
Cast: Kamal Hassan, Saranya, Karthika
Music: Illaiyraaja
Cinematography: P. C Sreeram
Mani Ratnam, P C Sreeram and Kamal Hassan formed a dream team of creators for the movie Nayagan. The Tamil language movie was game-changing for the Indian cinema. About almost 30 years ago this movie revolutionised the idea of criminal dramas. A son who is on a mission to avenge his murdered father becomes a society-loving mafia don in Mumbai. Although it never made it to the Oscar nominations, however, it received three National Awards and is available to stream on Amazon Prime Video. Yet another one of the South Indian movies starring Kamal Hassan that was sent to the Academy Awards.

Nomination submission year: 1986
Language: Telugu
Director: Kasinadhuni Viswanath
Cast: Kamal Hassan, Radhika, Allu Arjun
Music: Illaiyraaja
Cinematography: M. V. Raghu
The Telugu movie sheds light on the life of an autistic man with a heart of gold. Kamal Hassan was on a streak with his movies making it to the Oscar entries, it is although heartbreaking that none of them actually made it to the Academy nominations. This Telugu movie is available to watch for free on both Voot and YouTube.

Nomination submission year: 1969
Language: Tamil
Director: A. C. Tirulokchandar
Cast: Sivaji Ganesan, Jayalalitha, Sundarrajan, M. N. Nambiar, Nagesh
Music: M. S. Viswanathan
Cinematography: Thambu
The iconic Jayalalitha-starrer Deiva Magan was a story that was popular in the 70s era. No wonder it never made it to the nominations. It was a script that had been drafted five times before it was finally made as Deiva. This story had been adapted from the original Ulka, a fifth-time adaptation of the original movie made in 1967.